OK, maybe not everyone wants to have an emotional connection with a car, but you’re at the very least trying to decide if the car is right for you.

We had a couple of new arrivals this week that I wanted to get better acquainted with.  The first was a nice black on black, 2010 registration BMW 318i petrol saloon and the other was a 2012 Audi A3 Sportback 2.0 Diesel.

The BMW was a really nice drive.  It was quiet and comfortable – the seats really were exceptionally comfortable – and I enjoyed every minute of my time in the car.  It wasn’t what you’d call fast, but I was able to move it along the motorway at a good pace.

The cruise control was easy to figure out so I could easily set and adjust it as I was driving.  It was a very intuitive system.  In fact, the whole system was very intuitive and I was able to dig deep and understand how the entire IT system in the car could be adjusted very quickly and very easily. (NOTE: The in-car SatNav was a pain in the arse to set but I’m not a fan of the built-in systems anyway) 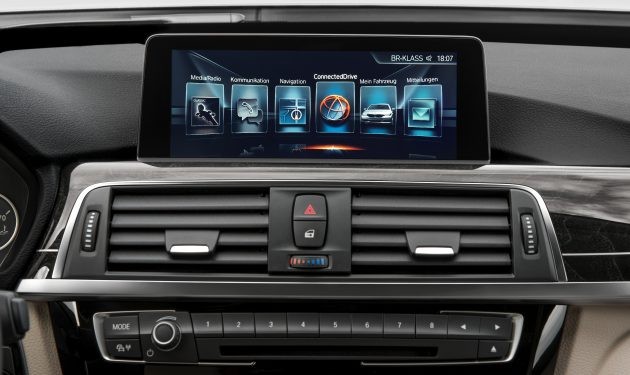 The radio sounded nice and setup of the bass, treble, balance and fade was done quickly.  I was able to find and preset my usual selection of radio stations – FM only as there’s no DAB in this car – and I was enjoying listening to Zoe Ball on Radio Two when suddenly a traffic report blasts through and quite literally rips me from my Zen like state.

Glancing down, I was able to find the TP button. I punched it and quickly returned to the music. Mere seconds later another ear shattering torrent of traffic information blasted through to alert me to another earth shattering traffic event on the B-something or other involving a broken down cow.

To its credit, the BMW system was easy to navigate through and I was not only able to switch off the traffic info but at the same time I was able to set the volume for the TP service should I ever want to switch it back on again. (Unlikely. I mean, seriously, with excellent SatNavs on our phones why would I ever want to go back to radio traffic reports?)

The next day Liam threw me the key to the 2012 Audi A3 and said,” Give this one a run”.  It was my day off the next day and so I could really get to know the car well.  As I was driving from Rangeworthy to Thornbury for a mid morning coffee with my son, Don Heley’s “Boys of Summer” came on the Ken Bruce show and I whacked the volume up and crushed the accelerator pedal down to the floor.

No less than three times as I went through the tiny village of Tytherington my song was interrupted by traffic reports from far and wide – Bristol, Gloucester and even Birmingham.

I certainly didn’t need to know that the Hagley Road was now clear.

The system in the Audi is not as intuitive but it is less complicated than the BMW if that makes any sense.  What I mean is, once you’ve read through the Radio Operating Manual you will see that it is a one button deal to switch on or off the Traffic Programme.  You can even record the traffic announcements to play back later – really – but why anyone would want to ever do this is beyond me. 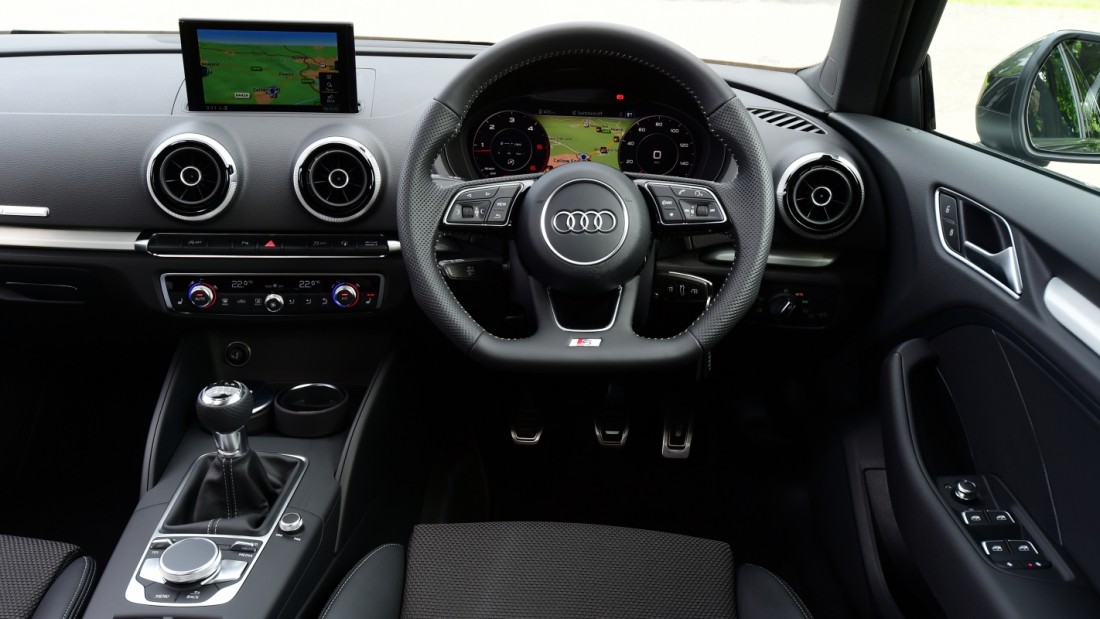 If you press the <TP> button before a traffic report happens, it switches the TP function on or off. This is indicated by an icon on the radio display.

The problem is, the icon isn’t obvious and you wouldn’t necessarily guess this and you don’t want to be spending time searching for something on a display you don’t know will be there while your eyes should be on the road.

Once you know, it is easier than even the excellent system in the BMW.

So, what have we learned? BBC Radio two plays great music. Zoe Ball has a cool name.  Both of these cars are excellent and truly fabulous value for money and I enjoyed driving both of them.

Most importantly we’ve learned that it is important to RTFM.